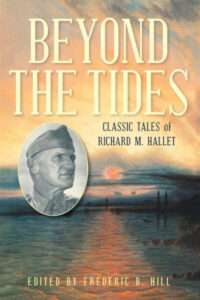 Beyond the Tides: Classic Tales of Richard M. Hallet 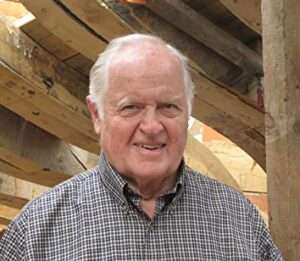 Hallet, a long-time resident of Boothbay, passed up a career in law after graduation from Harvard Law School and became a popular writer in the first half of the 20th century often compared to Jack London and Joseph Conrad. His life of adventure and literary success turned on a decision to go to sea at 23 and trek across the wilds of Australia – leading to well-paid articles and a short story based on his work in the boiler room of a steamship.

Over his life, Hallet wrote many novels, an autobiography and more than 200 short stories that were published in the most widely read magazines of the day, including the Saturday Evening Post, Harper’s, Atlantic, Collier’s, etc.

The stories gathered here include vivid tales of the sea, both in the days of sail and in the midst of war, often built around ship-board tensions and tumult; and stories of Maine and New England and their small-town values and rivalries. His editorial campaign in the Portland Press Herald proved to be a key factor in establishment of the Maine Maritime Academy.

About the author:
Hill, a foreign correspondent for The Baltimore Sun and later wargaming strategist for the Department of State, will discuss Hallet’s remarkable life story, and read a few examples of Hallet’s writing, with time for questions and answers.

Books will be available for purchase courtesy of Sherman’s Bookstore.