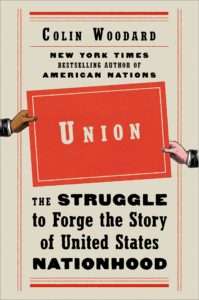 Union: The Struggle to Forge the Story of United States Nationhood

Come hear bestselling author Colin Woodard discuss his new book, Union: The Struggle to Forge the Story of United States Nationhood. Plus, you’ll be able to buy a copy of your own and get it signed by the author. 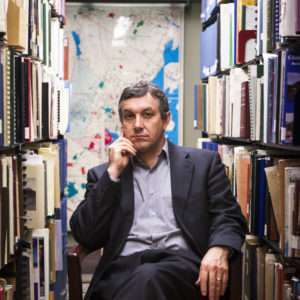 Colin Woodard is a New York Times bestselling author and award-winning journalist. He is the author of six books that have been translated into a dozen foreign languages and inspired an NBC television drama. He is currently State and National Affairs Writer at the Portland Press Herald and Maine Sunday Telegram, where he won a 2012 George Polk Award and was a finalist for a Pulitzer Prize in 2016. He is a contributing editor at POLITICO and his work has appeared in The New York Times, The Washington Post, The Economist, Smithsonian and dozens of other major publications.

A native of Maine, he has reported from more than 50 countries and seven continents and lived for more than four years in Eastern Europe during the collapse of the Soviet empire and the transition that followed. A graduate of Tufts University and the University of Chicago he is past Pew Fellow in International Journalism at the Johns Hopkins University School of Advanced International Studies and a recipient of the Jane Bagley Lehman Award for Excellence in Public Advocacy.

Union tells the story of the struggle to create a national myth for the United States, one that could hold its rival regional cultures together and forge an American nationhood. On one hand, a small group of individuals—historians, political leaders, and novelists—fashioned and promoted the idea of America as nation that had a God-given mission to lead humanity toward freedom, equality, and self-government. But this emerging narrative was swiftly contested by another set of intellectuals and firebrands who argued that the United States was instead the homeland of the allegedly superior “Anglo-Saxon” race, upon whom divine and Darwinian favor shined.

Colin Woodard tells the story of the genesis and epic confrontations between these visions of our nation’s path and purpose through the lives of the key figures who created them, a cast of characters whose personal quirks and virtues, gifts and demons shaped the destiny of millions.

“Woodard traces a gradual, emerging consensus of American unity. It’s a dark tale. This country purchased its sense of itself as a unified whole at a high price, he writes: that of racial equality. . . . In Woodard’s hands, [history] leaps to life. He shows just how powerful a form popular nonfiction can be in the hands of a disciplined writer who won’t tolerate generality or abstraction. . . . The writing is relentlessly accessible. . . . This is that rare history that tells what influential thinkers failed to think, what famous writers left unwritten. . . . Woodard demonstrates that something more complicated than reason is always afoot, some swirl of politics, events, and wordless popular sentiment that sweeps the hapless thinker in its wake.”

“Compelling. . . . George Bancroft’s portrait is only one of many utterly gripping depictions scattered throughout Union. . . . The stakes are nothing short of determining how a nation thinks about itself, how it teaches posterity about itself. In Union, that battle sprawls out of the narrow confines of academia and embroils the entire country – and the fight is ongoing.”