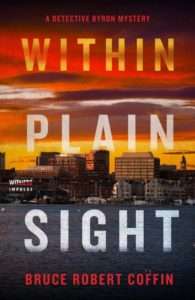 Saturday, September 18 at 2:00pm
on the library lawn 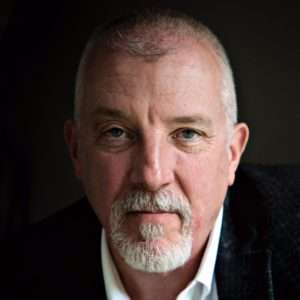 Bruce Robert Coffin is the award-winning author of the bestselling Detective Byron mystery series. A former detective sergeant with more than twenty-seven years in law enforcement, he supervised all homicide and violent crime investigations for Maine’s largest city. Following the terror attacks of September 11, 2001, Bruce spent four years investigating counter-terrorism cases for the FBI, earning the Director’s Award, the highest award a non-agent can receive.

Bruce is a member of International Thriller Writers, Mystery Writers of America, Sisters in Crime, Short Mystery Fiction Society, and the Maine Writers and Publishers Alliance. He is a regular contributor to Murder Books blog.

Bruce is represented by Paula Munier at Talcott Notch Literary.

He lives and writes in Maine.

Amid the dog days of summer, Detective Sergeant John Byron is called to the scene of a horrific crime: a young woman’s body dismembered and left in an abandoned Portland lumber yard. The killing shares striking similarities with a spate of murders committed in Boston by a serial killer known only as the Horseman.

As Byron’s team investigates the case, they quickly push up against powerful forces in town. But Byron will stop at nothing to find the truth, not when there is a killer on the loose and everyone is a suspect. Has the Horseman expanded his killing field? Is this the work of in ingenious copycat-or is nothing as it seems? One thing is certain, Byron must uncover the truth before the killer strikes again.

“Flawless prose, witty dialogue, startling twists. Authenticity seeps from every page, from the police work to the resonating emotions. Unforgettable”

“A gripping atmospheric thriller that finds the dark side of Portland, Maine. The Detective Byron mystery series is one of the finest to arrive in a long time.”