In 1906, the citizens of Boothbay Harbor voted to establish a free public library, and in 1922, the Library moved to the first floor of the Townsend building on Oak Street. In 1923, the need for more library space, along with a desire for a World War I Memorial, led to the approval of a bond for the purchase of the Chapman Reed property just across the street. 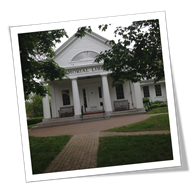 Originally designed as a private home, this beautifully proportioned Greek Revival temple-style structure was built in the 1840s by William Maxwell Reed. In 1923, the town of Boothbay Harbor purchased the property on Oak Street from the heirs of Chapman Reed. The dedication ceremony was held in July of 1923. The Boothbay Harbor Memorial Library was incorporated the next year with a 15 member board of trustees.

The original homestead has been remodeled four times. To create the Library in 1923, the front door was relocated from the ell to the center front of the main room which is today known as the Great Room. A Greek revival front was added and a World War I memorial plaque was placed over the fireplace. In 1966 a reading room was added, and in 1976 the building was extended along Howard Street to add a children’s room. 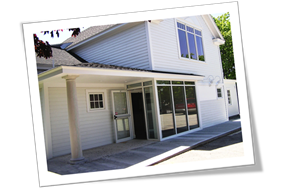 In 2014 the Library completed Phase 1 of a two phase renovation and expansion project, almost doubling the square footage of the building, and making the first floor ADA accessible.  The remodel also added new shelving, a “Tween Room,” and a 2nd floor with a Community Room and offices. Phase 2 will link the Library to the Used Book Store, add a Special Collections Room, more storage, and an elevator, which will make the 2nd floor ADA accessible.

In 1969 the Hyde House next door, which now houses the Friends of the Library Used Bookstore, was willed to the Library. The contents were auctioned and the proceeds added to the Endowment Fund. The Library is listed in the National Register of Historic Places.

In keeping with the designation of “Memorial Library,” the plaque over the fireplace honors the local veterans of World War I. The bronze tablet on the Library lawn commemorates the veterans of all wars and conflicts. It was dedicated on July 4, 1991.

In 2001 the Library became part of the Maine InfoNet and joined the Minerva Consortium.  The Library currently houses 22,000+ books, audiobooks and videos for adults and youth. 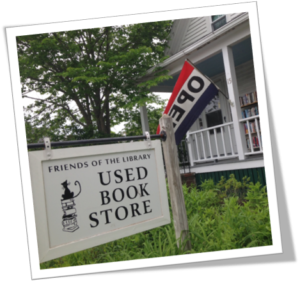 In the Summer, the Hallowell Band performs on the Library lawn every Thursday evening. This musical event is extremely popular and sometimes draws a standing room only crowd. The lawn is also used for craft fairs and other special events

Behind the Library in the Hyde House is the famous Friends Used Bookstore. The bookstore is a great place to browse for lost treasures or some inexpensive beach reading. The porch of the Hyde House features the ever-popular porch books, just 25 cents each.

Learn about BHML in context: visit the Digital Public Library of America’s exhibition “A History of US Public Libraries.”