Inner Peace as a Way of Life 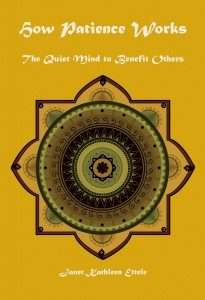 “World peace must develop from inner peace. Peace is not just mere absence of violence. Peace is, I think, the manifestation of human compassion.” ― Dalai Lama XIV

Janet Ettele will be giving a combination book talk and discussion of methods to develop inner peace. She will tell the story of her journey into studying Buddhism, how she came to write books based on Shantideva’s teachings of The Six Perfections and about the every-day practicality of certain Buddhist principles. These principles include interdependence, impermanence, karma, compassion and equanimity.

By incorporating observable realities of daily life with mindfulness we can develop a more compassionate and peaceful way of life. Although her books are rooted in Buddhist teachings, this talk is intended to 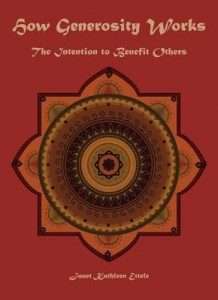 present its philosophies and wisdom through a lens that is applicable to anyone regardless of faith or tradition.

As a student of Buddhist dharma, Janet Ettele is inspired to bring its teachings into contemporary practice through her writing, her music, and mindfulness based coaching. Her work brings one of the world’s most profound teachings on compassion and wisdom into common language through the art of contemporary fiction, and by cultivating familiarity with the teaching, brings peace to readers, and thereby to others.

Janet Kathleen Ettele (www.janetettele.com is the author of How Generosity Works, How the Root of Kindness Works, and How Patience Works; the first three books published by Karuna Publications from a series that is based on the teachings by the eighth century Buddhist monk, Master Shantideva. Known as The Guide to the Bodhisattva’s Way of Life, or The Six Perfections, his teachings are known as one of the most renowned texts in Buddhism. Her CD of Piano Mandalas is meditatively inspired piano music that is an accompaniment to her books. 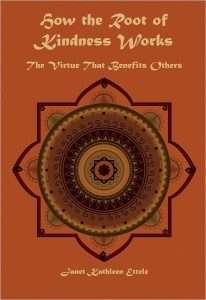 Janet graduated from Berklee College of Music in Boston and worked in the entertainment industry prior to becoming a mother. In 2012 Janet served on the committee that brought the Dalai Lama to Danbury, CT where His Holiness gave two public talks at Western Connecticut State University. In 2017 she worked to help organize and then performed in the concert at Ridgefield Playhouse: Living Compassion, The Dalai Lama’s Life Story in Music, Words and Pictures that also featured Tencho Gyatso, the niece of the Dalai Lama, and Nawang Khechog a Grammy nominee and renowned Tibetan flutist.