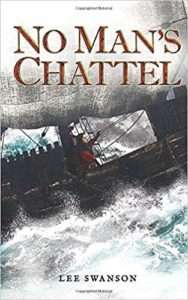 “Making Her Own Way”

One Woman’s Struggle for Independence in 14th Century Europe

Meet author Lee Swanson and hear excerpts from his new historical fiction novel “No Man’s Chattel.” Lee will also discuss the role of women in 14th century western Europe and how Christina Kohl, the protagonist of the “No Man is Her Master,” trilogy, transcends the narrow boundaries placed on her gender by the medieval Church, society, and the law.

Lee Swanson has lived in both Germany and England for extended periods of his life, traveling extensively to experience the towns and cities that serve as the settings for his novels, such as Lubeck in Germany, Bruges in Belgium, and London. Holding a Master’s Degree in European History from the University of North Florida, Lee’s thesis centered on the Hanse, the confederation of merchants that dominated trade in northern Europe throughout much of the Middle Ages and is central to the plot of “No Man’s Chattel.”  After lengthy careers as a soldier and an educator, Lee now spends his time as the owner of Bayberry House Bed and Breakfast in Boothbay Harbor, Maine with his beloved wife, Karine, and their dog, Banjo.